What Does Google for Jobs Mean for Your Career Site

You've probably heard by now that Google has gotten involved in the hiring game with Google for Jobs – and it could affect your career site. With their announcement of Google Jobs API last year, and their implementation of Google for Jobs within their native search engine, Google is looking to clean up the job search process.

And they've launched an invite-only applicant tracking system called Google Hire which is in its infant stages, but that's another story.

Google for Jobs, simply stated, takes free form searches from job seekers and uses Google's algorithms and machine learning to better match the many permutations of a job title to actual relevant jobs – regardless of title. And it gets better the more it gets used. It also returns the results in a snappy little dual pane reader for browsing and provides simple logical filters to hone in on locations, employers, and more.

If you are a savvy employer, you have been reaping the benefits of Google search traffic to your career site and jobs for many years. You've either implemented an ATS that supports indexing of jobs for search, or you've been using a recruitment marketing platform or career site solution that works with your ATS to make your jobs indexable by Google.

That said, you may have seen the jobs on your career site get overrun on Gooogle rankings by the same jobs located on job boards like Indeed and others. They scrape the jobs off your career site and then optimize them for Google and ultimately give you free traffic, but they sit squarely in the middle.

This is good and bad. Many companies never really focus on optimizing the job listings on their own career site because Indeed does it for them. The problem with that is that the extra clicks between Google and Indeed and your career site result in fewer visitors and applicants for you.

Now with Google for Jobs, you may not be able to rely on job board aggregators like Indeed to drive traffic to your jobs.

Getting Listed in Google For Jobs

That's because there has been some talk that GfJ favors search results for paid job boards. This is mostly industry insiders handicapping Indeed.com's chances of surviving such a shift. Or speculating that Indeed is a target for Google's GfJ project.

This is all unclear, but several quick GfJ searches reveal no Indeed listings in the results. This could simply be a delay while Indeed revises their site to be GfJ compliant.

So how do you take advantage of this opportunity to get your jobs into the new, slick Google for Jobs search?

It's very simple. Google for Jobs requires only that your job pages adhere to their published structured data markup and that you make some simple changes to your sitemap file. 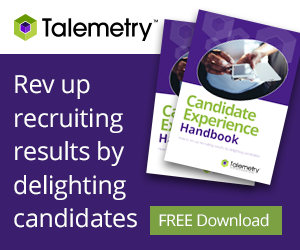 While even simple changes can take time and require scarce resources, the payoff for making your job pages GfJ friendly can be massive. Google has just created what's reported to be a very satisfying candidate experience within their search environment. AND they have published everything you need to do to plug in to that simplified experience.

The potential is there for a significant increase of (free) traffic to your jobs. What's not to like about that?

Google has a long history of favoring truly organic content that is as close to the source as possible. Therefore it is a fairly safe assumption that those organizations who optimize their jobs for GfJ will be rewarded with higher ranking and traffic.